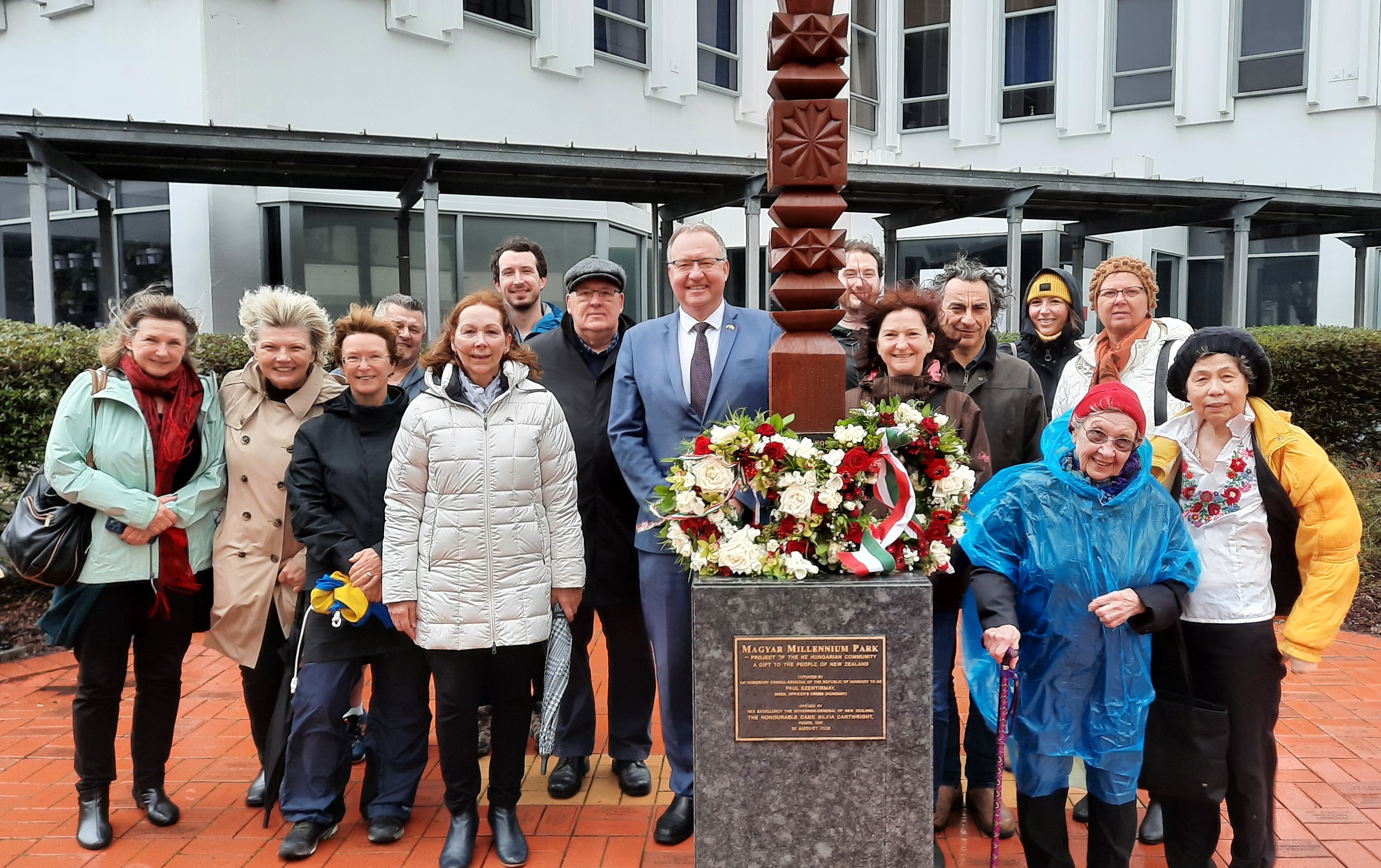 On August 20, the Embassy staff gladly joined the commemoration of the St. Stephen’s Day of the Hungarian community at the Hungarian Millennium Park.

The Hungarian community was greeted by Klára Szentirmay, the head of the Hungarian Millennium Park Trust. At the request of the organizers, Chargé d’ Affaires a.i. Dr. Ferenc Tóth placed a wreath on behalf of the Embassy of Hungary.

Every year on 20 August, Hungary celebrates the establishment of the Hungarian State and the country’s more than 1,000-year-old history.

Hungary’s very first king, King Saint Stephen (Szent István király) was the only son of Grand Prince Géza and his wife, Sarolt. While both of his parents were in fact baptized, Stephen was the first member of his family to become a dedicated Christian. His birth name was Vajk, and he received the Christian name Stephen during his baptism.

After succeeding his father, Stephen faced a fight for the throne with his relative Koppány, a pagan leader. The general conflict was one between Christianity and paganism, but, more specifically, it centered around two different understandings of the line of succession. In line with the Christian law of primogeniture, the first-born son of the ruler, that is Stephen, should inherit the throne, while the ancient pagan notion of seniority supported Koppány’s claim for succession. The two relatives engaged in a bloody war, with Stephen finally defeating his enemy with the help of both foreign knights and native lords.

Following this clash over the throne, Stephen was crowned either on December 25, 1000, or January 1, 1001, according to different traditions; it was at this time that he established the Kingdom of Hungary.

New battles were fought against tribes and chieftains who remained somewhat independent (e.g., his uncle, Gyula the Younger); however, in the end, King Stephen succeeded in converting the Magyars to Christianity and unifying the entire Carpathian Basin. He also protected the new-born kingdom from foreign invaders.

King Stephen died on August 15, 1038, and was buried in his new basilica, built in Székesfehérvár and dedicated to the Holy Virgin. Together with his son, Imre, Stephen was canonized on August 20, 1083, by Pope Gregory VII during the reign of King Saint Ladislaus (Szent László király) for bringing Christianity to Hungary. He was later deemed the patron saint of Hungary. Since Queen Maria Theresa’s reign in 1771, this day has been a national State and Church holiday.

Unfortunately, because of its religious nature, the celebration of St. Stephen’s Day was secularized during communist times. The Communist Party tried to strip the holiday of its nationalistic importance, and from 1949 to 1990, the holiday was simply known as Constitution Day and commemorated the foundation of the communist regime.

Today, the holiday once again celebrates the nation’s patron saint and the foundation of the Hungarian State over 1,000 years ago. 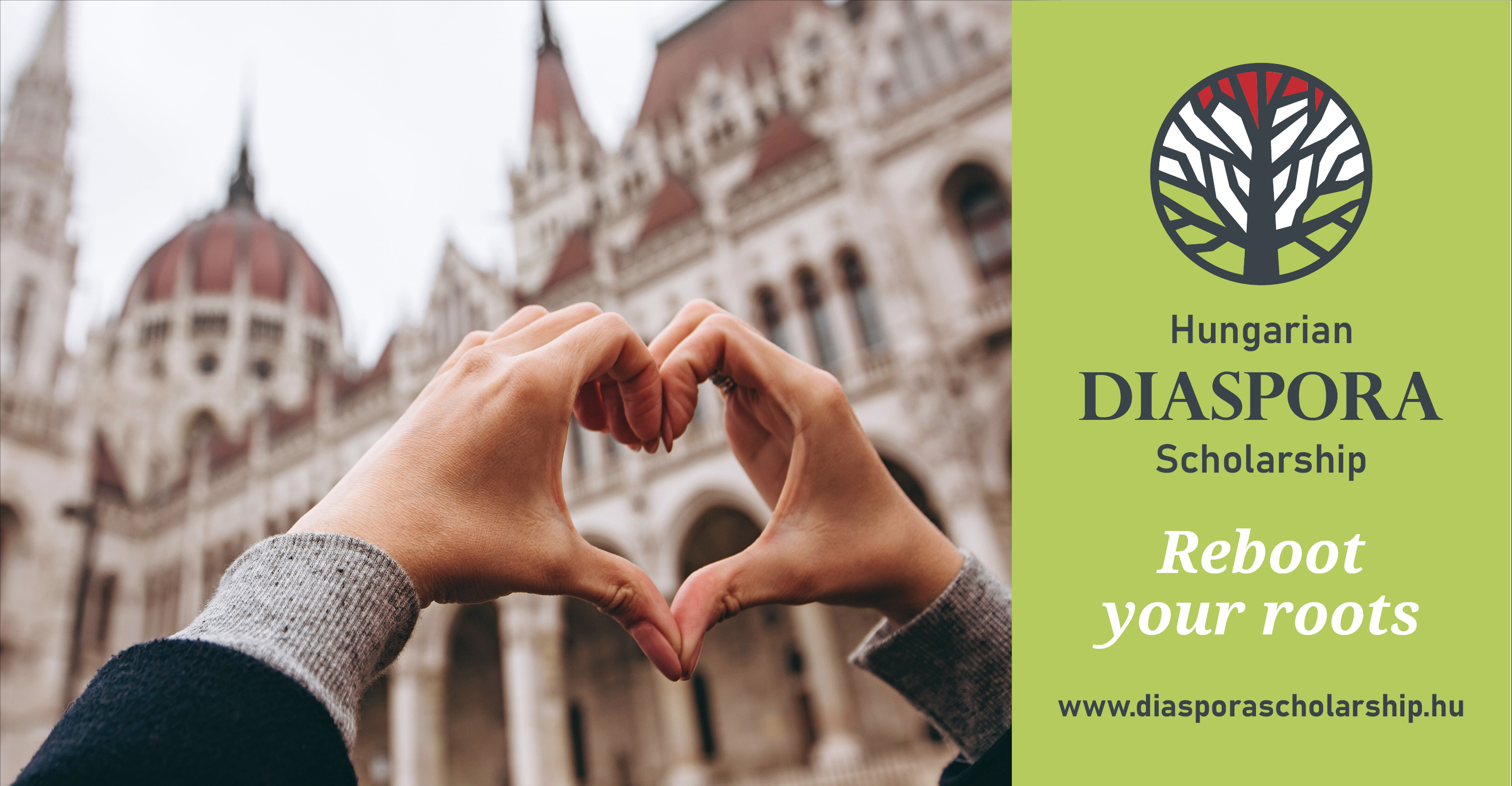